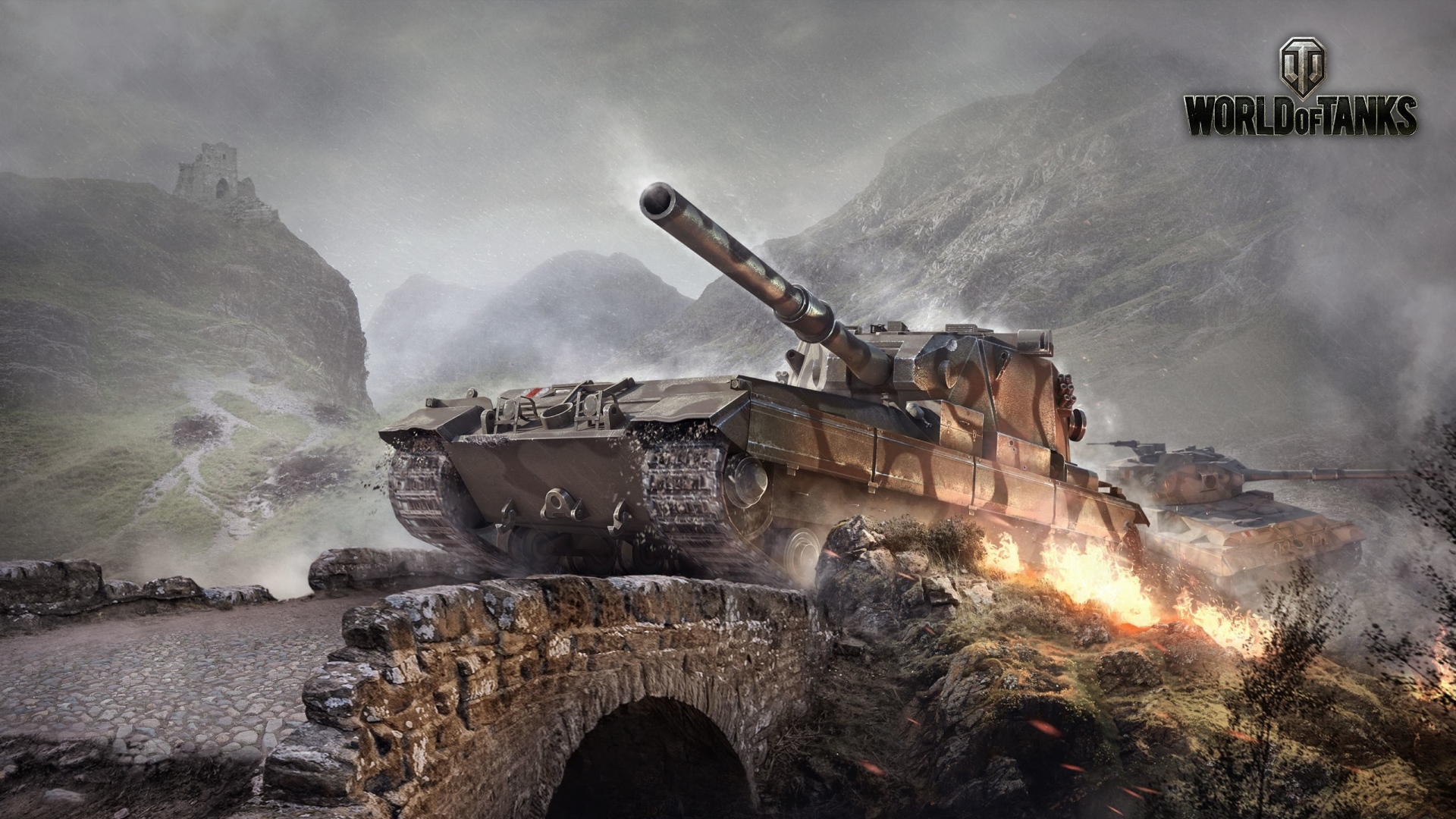 World of Tanks is a multiplayer third person shooting game developed by Wargaming, first realease in Russia on 12 August 2010. The game features combat vehicles from pre-WWII (around 1930) to post-WWII (around 1960), players will control these combat vehicles in a 15 vs 15 set up. There are currently 5 types of vehicles, which are the light tank, medium tank, heavy tank, tank destroyer and self-propelled gun, each type of vehicles has it’s own role to play. To win the game, either destroy all the opponent vehicles or complete the objective faster than the other team.

Gameplay Trailer of the big upcoming graphic and mechanic update to the game.

The tank models are very well made, the rust on the steel, the scratches on the paints and a bit of deformation on the armor plates to show the battle hardened vehicles. The battlefield comes in all kinds of environment, forest, city, desert and snowy terrain. The game’s graphic has serveral major updates throughout the years to stay on par with the raising standard of the game industry. Such updates include HD tank models, better lighting effect, rework of the sound effect and improvement of the tank movement physics. 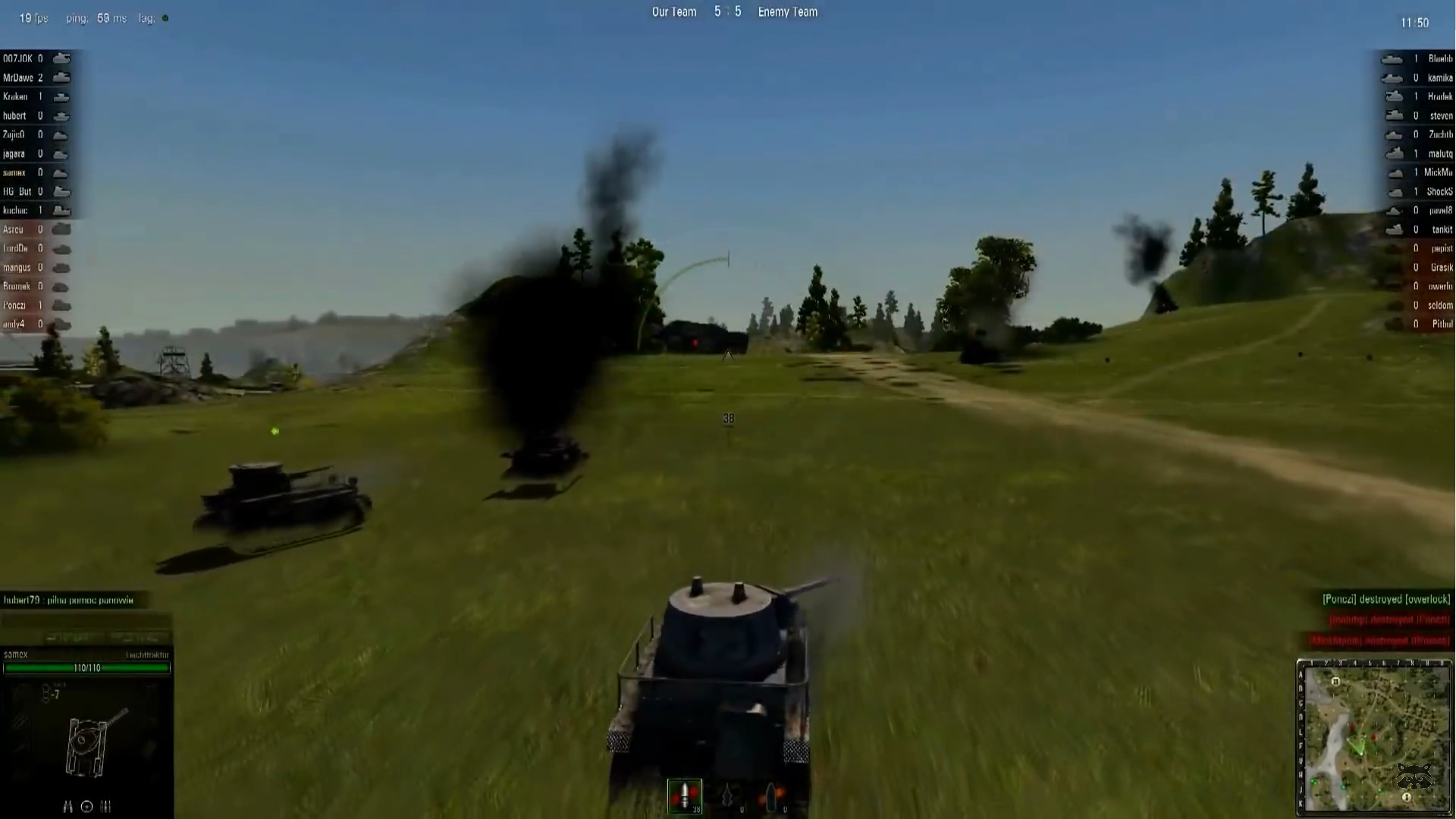 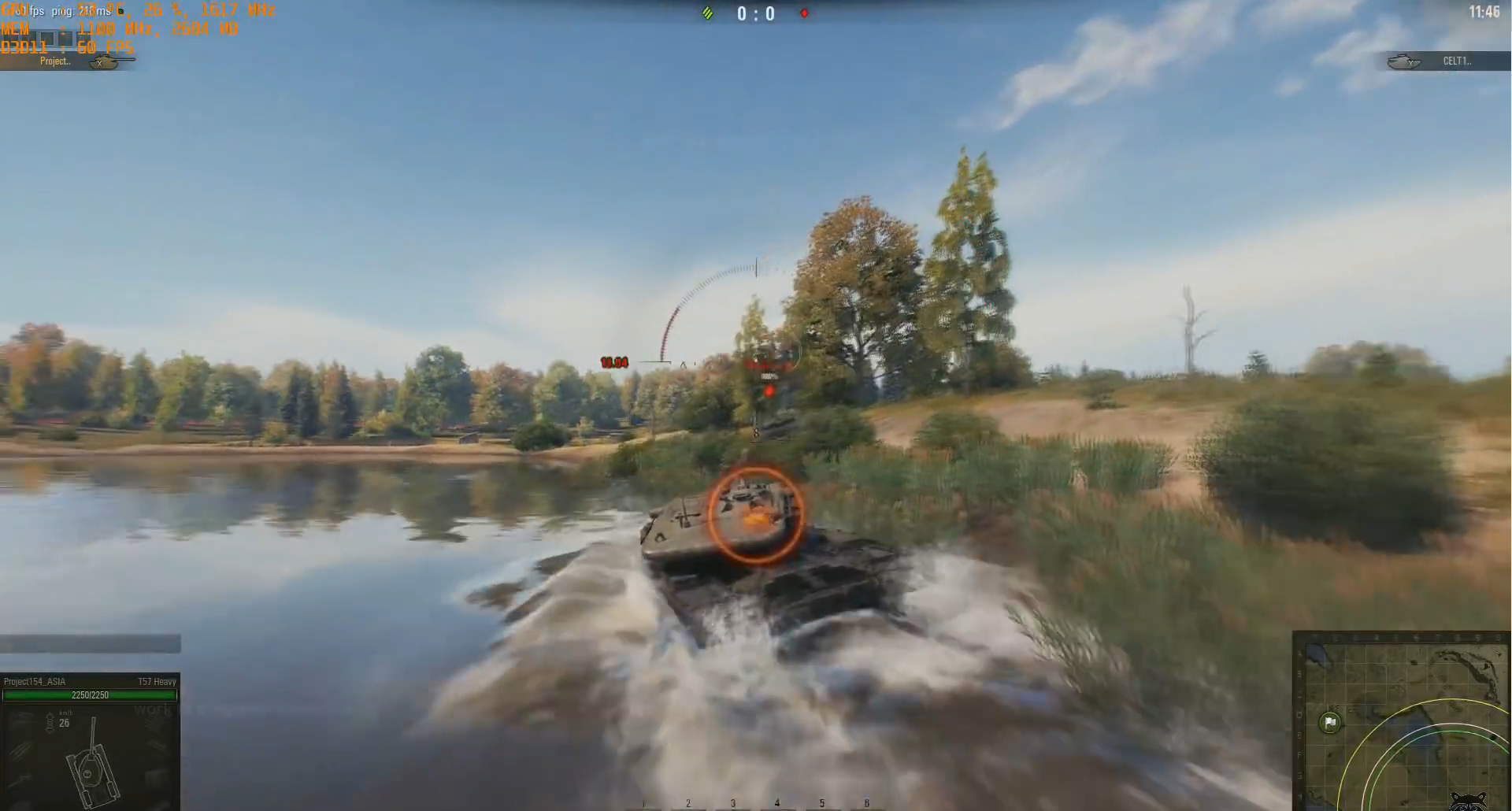 World of Tanks in upcoming 2018 updates.

On the console platform of World of Tanks, there is a mode called War Stories which come with a story set up during the WWII era. Player has to complete the campaign mission in order for the story to progress. The game come with different types of vehicles mentioned previously, each type has its own specialized area. For example, light tanks have very high mobility, they often play the role of scouting, making the enemy visible to teammates. Heavy tanks have strong armor and a powerful gun, they are the main force that lead the team’s attack. Tank destroyer usually equip with the most powerful gun with highest penetration among its tier, but most tank destroyer do not have a turrest and the gun is fix at the front of the vehicle, which make it vulnerable to flanking.

Penetrating the enemy armor involves some physics. Depending on the angle of incident of the shell, the effectiveness of the armor could vary. Besides that, different types of shell have different penetration capability, velocity and potential damage.

World of Tanks is currently changing its game engine from BigWorld to Core, where the new engine allow wind effect on grass and plants and wave effect on water when the tank gun fires. The lighting and shadow effect is also becoming more realistic, and destoryed objects such as walls and houses will now stay on the battlefield without disappearing, some parts of these objects may even stay on the tanks.

World of Tanks also involve the game of probability, shell damage and penetration value fluctuate around the average value. Thus, you have the chance to destory a enemy tank when its remaining hit point is actually higher than your shell damage.

When penetrating the ammo compartment of a tank, there is a probability of ignite its ammo and kill it instantly. Just like performing a headshot in some other shooting games. 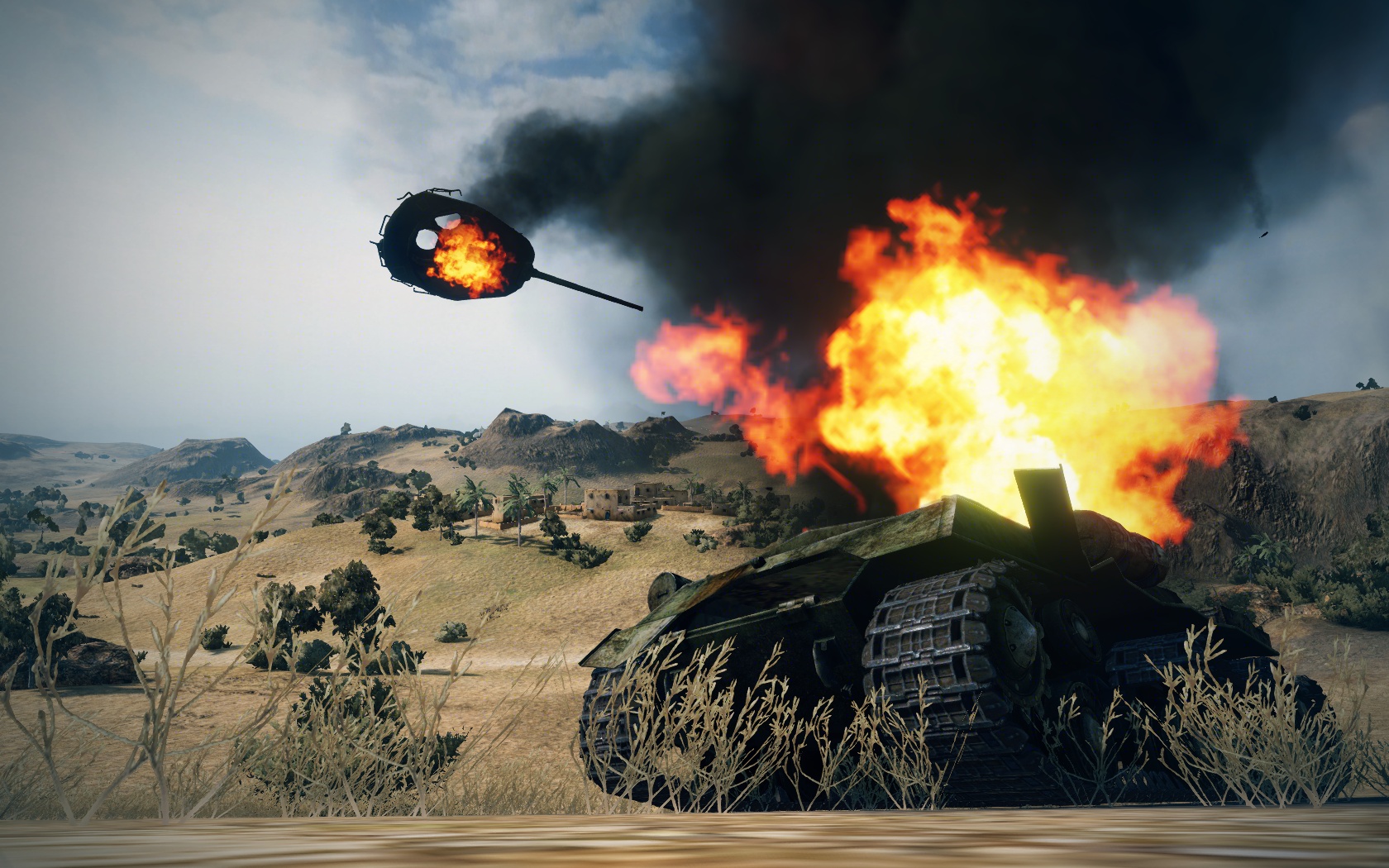 Ammo explosion of a tank in the game

A shell that ricochet from one tank may penetrate another tank nearby too.

All players starts with tier 1 vehicles from different nations. Through battles with other players, we gain credits, research points and crew experience. Research points can be use to unlock upgrades and vehicles from next tier. Crew experience improve the tank crew’s overall performance and also allow them to learn useful skills. Credits are used to buy upgrades and vehicles.

So the tier become higher and higher, the research points and credits needed for each upgrade and new vehicles become more and more. Thus the play time at each tier also become longer and longer.

Some of the medal are really hard to get as you need to be really skillful and also at the right occasion.

World of Tanks has a fair match up system. When battle is across three tiers of vehicles, there will 3 highest tier vehicles, 5 mid-tier and 7 low-tier on each team. High tier and low tier is at most 2 tiers apart. Most occasions, both team have equal types of vehicles. Sometime, the system would allow one side to have more of one type and the other have more of another type of vehicle for faster match up, but the difference is kept within +-1. 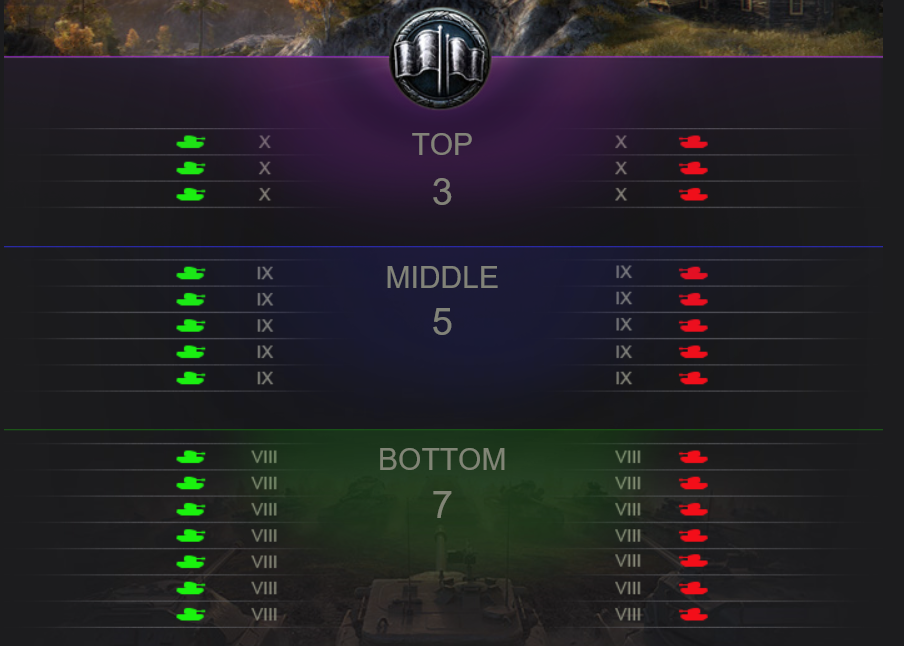