Undertale is an indie role-playing game where the player controls a child who has fallen into the Underground, a place where monsters have been banished to after a war with humans. While attempting to return to the surface, the player interacts with a variety of different monsters, and can resolve conflicts by killing them or seeking a peaceful resolution. 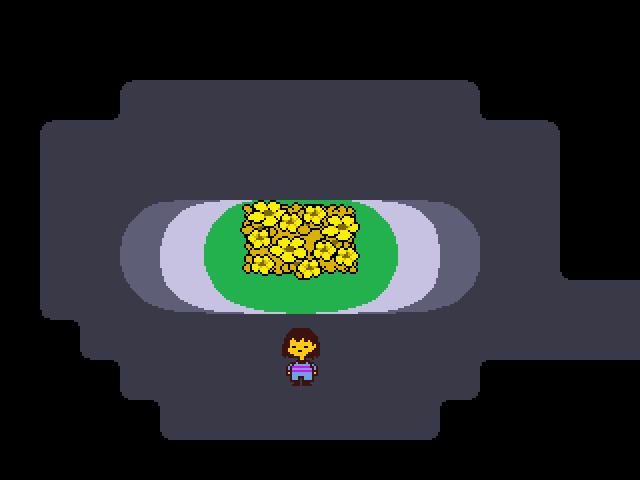 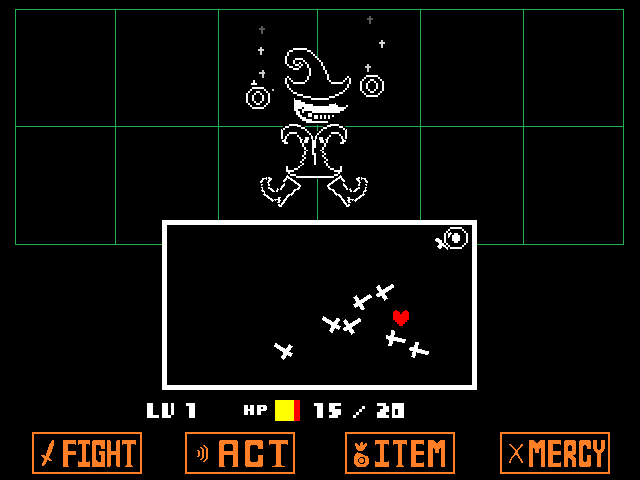 Like in most role-playing games, Undertale features both an overworld, where the player is free to explore, look for treasure, and talk to Non-Player Characters, as well as a combat screen, which is transitioned to when a random encounter occurs or during scripted boss battles. The combat is where this game differs, as instead of a traditional turn-based battle, a hybrid bullet hell system is used instead. After an action is selected by the player, the player needs to avoid the enemy attack by moving a small heart they control around to avoid enemy projectiles. Players can either use the FIGHT or ACT options to win battles, with the exception of boss battles, which often involve new mechanics unique to that particular battle.

The actions of the player in resolving conflict heavily influences the story, both in the way characters react to the player, as well as the events that occur. The game features multiple branching endings, depending on the player’s actions throughout the game.

The game starts out with a light-hearted and humorous tone, but gradually becomes more serious and emotional as the player progresses. Throughout their journey, the player is able to learn about the backstory of the events of the game.

Graphically, the game is simplistic and lacks detail. However, the characters are still able to convey emotions effectively through animations and small changes in their sprites.

The music in the game, on the other hand, is one of its best aspects. Both the location and character themes accurately capture a appropriate sense of feeling when listening to them. The soundtrack also makes heavy use of leitmotifs, and this is used to call reference back to previously encountered areas or characters.

The game was made in GameMaker Studio. It originally was released on PC, but was later ported to various other platforms.

The player is offered meaningful choices in two different areas, the aforementioned story, as well as in choice of equipment. As most of the equipment in this game has special effects, in addition to their attack and defence, the player can make different choices on what equipment to wear depending on their playstyle. For instance, a player can choose to wear equipment which has lower defence but offers a larger number of invincibility frames if they are getting hit often, or one with higher defence and passive health regeneration if they are confident in their ability to avoid being hit.

Lens #81: The Lens of Character Transformation

The characters in this game are one of its strong points, as they show a great amount of growth throughout the story if the player interacts with them. For instance, one character learns to be more confident and confront their problems, while an antagonist eventually expresses remorse over earlier actions. These changes feel relatable and are gradual enough to be believable.

Lens #6: The Lens of Problem Solving

There are some puzzles involved in the story, which mostly involve getting past some obstacle to get to the next screen. The combat is in itself a puzzle as well if the player chooses to ACT, as different monsters have to be pacified in different ways, through a combination of the actions available to the player.

The game makes use of metafictional elements, exploiting players tendencies to do certain actions. For instance, characters may react differently depending on the events that happened in a previous playthrough. This novel feature provides a big surprise to players, especially since special dialogue is encountered at places where the player is expected to use this feature.

Overall, Undertale is a fun, unique experience with a great story and memorable characters.