Overcooked! is a frantic couch co-op indie game from 2016, that challenges up to 4 players to work together, performing cooking tasks to prepare the meals and complete food orders. Players find themselves in the game’s campaign with 28 different kitchens and a final boss level. There is also a competitive multiplayer option where we can play against our friends. 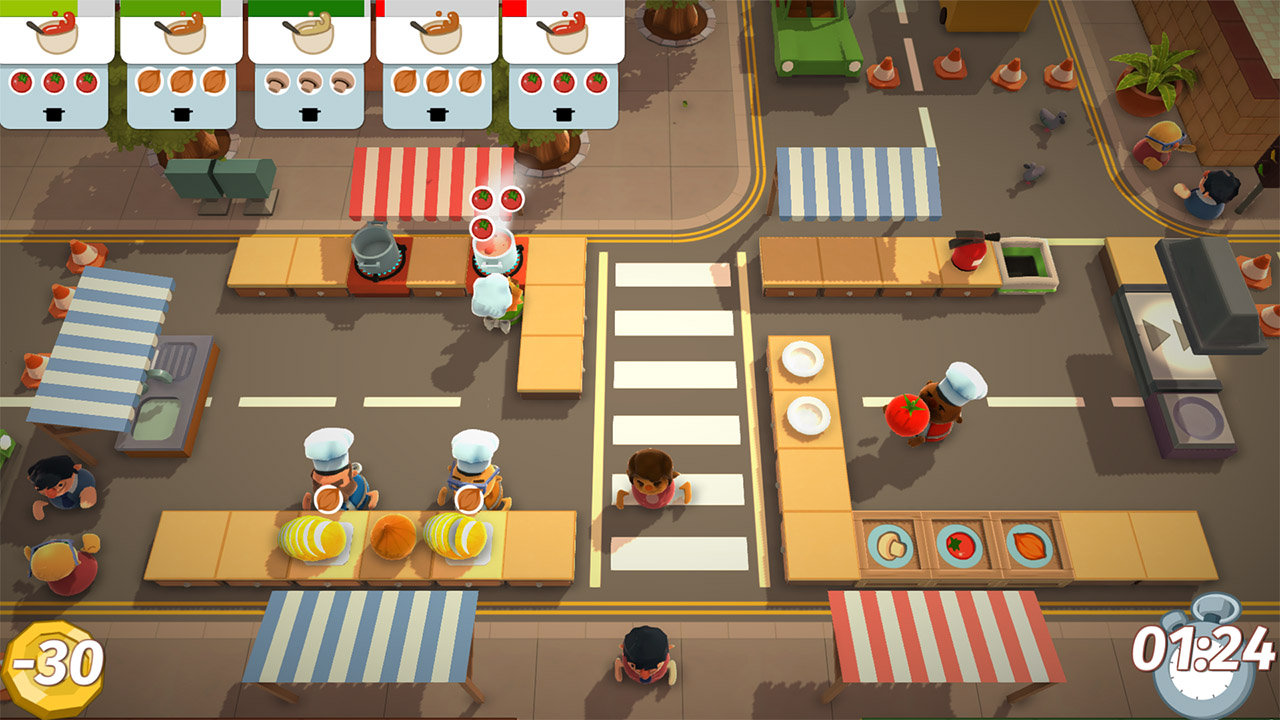 Lens 7 – The Lens of the Elemental Tetrad

The campaign story Overcooked! has is simple and subtle. The chefs (players) are initially challenged to feeding a giant spaghetti and meatball monster during an apocalypse. However, the players failed to please the monster. The Onion King then decides to pull the cooks into a time portal back to the year 1993 to improve their cooking skills. The cooks have to go through the training process of cooking in many different kitchens with different environment circumstances and serving different types of food.

Players play the game as cooks and have to fulfill food orders in a given set of time. They accomplish this by carrying out a series of cooking tasks such as chopping vegetables, boiling pasta and washing dishes.
The goal is to earn as much money as possible before the time goes up.
The players are ranked on a 3-star system based on how many coins they got.

Overcooked! adopted a 3D low poly cartoon style with colourful visuals. It also has a clean and intuitive user Interface and icon layovers. Overcooked aesthetics revolves around a kitchen and cooking activities. The sounds in Overcooked! also contributes to the appeal of the game. Hearing the chopping of food on a chopping board, the fire alarm ringing in the background when the kitchen is on fire makes the players feel like they’re in an actual kitchen. Both the visuals and the music contributes to its appeal towards a large audience base.

Lens 2 – The Lens of Surprise

In Overcooked!, there are many kitchen maps that we can play in, and each of them are unique in it’s own way. Each kitchen would usually have different food orders to complete too! The dishes includes soups, pizzas, sushi and many more! When I first played the game, each map that I get is a refreshing surprise to me. There are different obstacles in a kitchen and we have to come up with different strategies for each map. For example, the map may only allow one person to cross a path at a time, or a portion of the ground disappears during a different time intervals. The element of surprises that Overcooked! has to offer lies in each of the maps and the interesting ways us players could overcome it.

Lens 37 – The Lens of Cooperation

The essential experience in Overcooked! lies in cooking and communicating with your friends. As the map designs were created to emphasize the need to work together with your friends. This local co-op game will have you shouting out the orders, telling other cooks (your friends) what to do and informing them what they’re doing. The more the players progress in the game the harder the game gets without cooperating and communicating effectively with your friends in game and in real life. Besides the maps, the nature of the game where players have to conduct a series of steps before a food order can be sent out contributes to this lens. As this series of steps can be done by any of the cooks, having an order assembled by several cooks compared to a single cook would mean that orders would be sent out more efficiently.

For example, in the scenario given below, players have to cooperate and always make sure there is at least 1 chef at the left and the right side of the split map in order to complete orders efficiently. 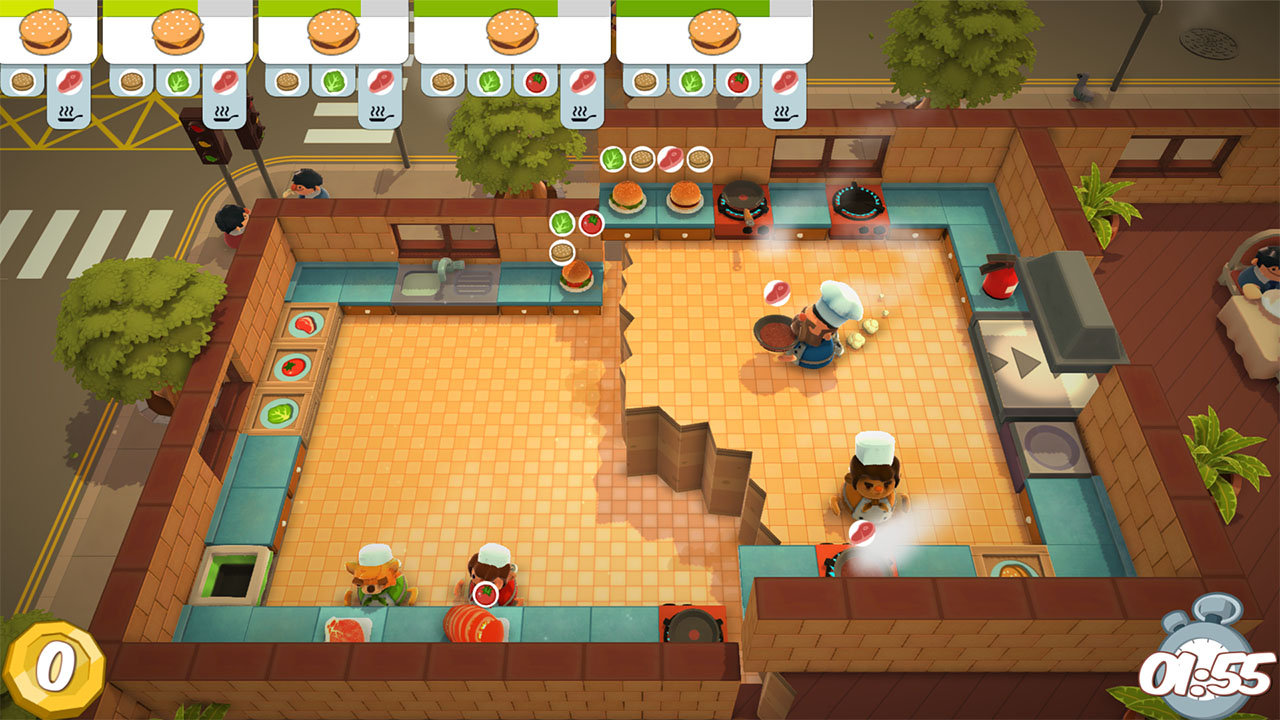 Overcooked! manages to infuse problems very well in the environment. This leaves the players coming up with many different strategies to tackle the problem given to them. Some players are able to adapt well to the problems that they face immediately, however some would not. In addition, as Overcooked! ranks the players based on a 3-star system (and subsequently a 4-star system), this encourages and boost the players to perfect their problem solving strategies just to get that high rank. As the maps are fixed in each of the kitchens, players are able to analyze what went wrong in the previous game and do better in the next round. 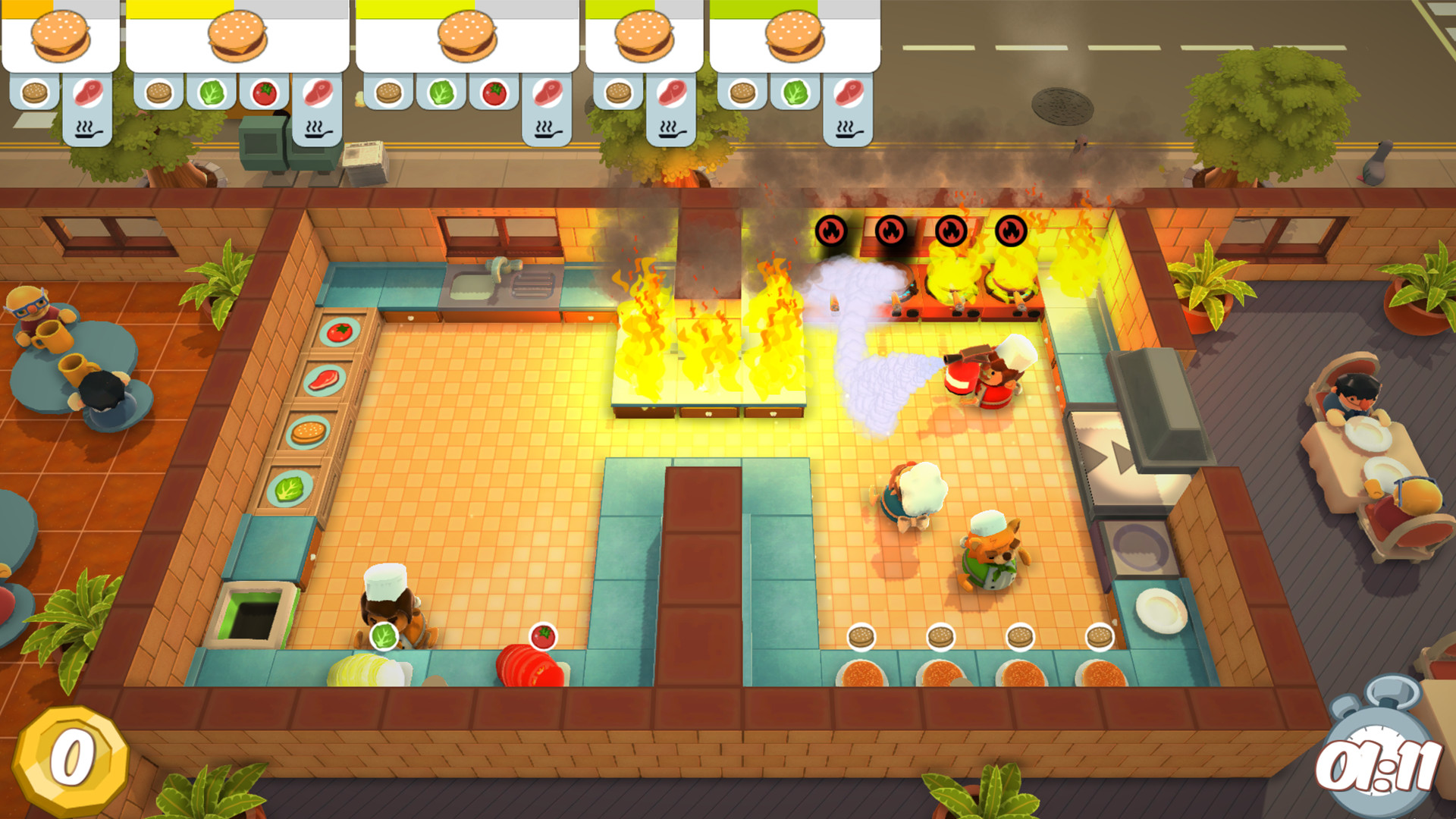 Lens 55 – The Lens of Visible Progress

Overcooked! keeps track of your progress and is compiled visually onto a map. The players are able to see which maps they have completed and how well they completed it (based on star ratings). Players can also unlock different chef skins as they progress through the game. 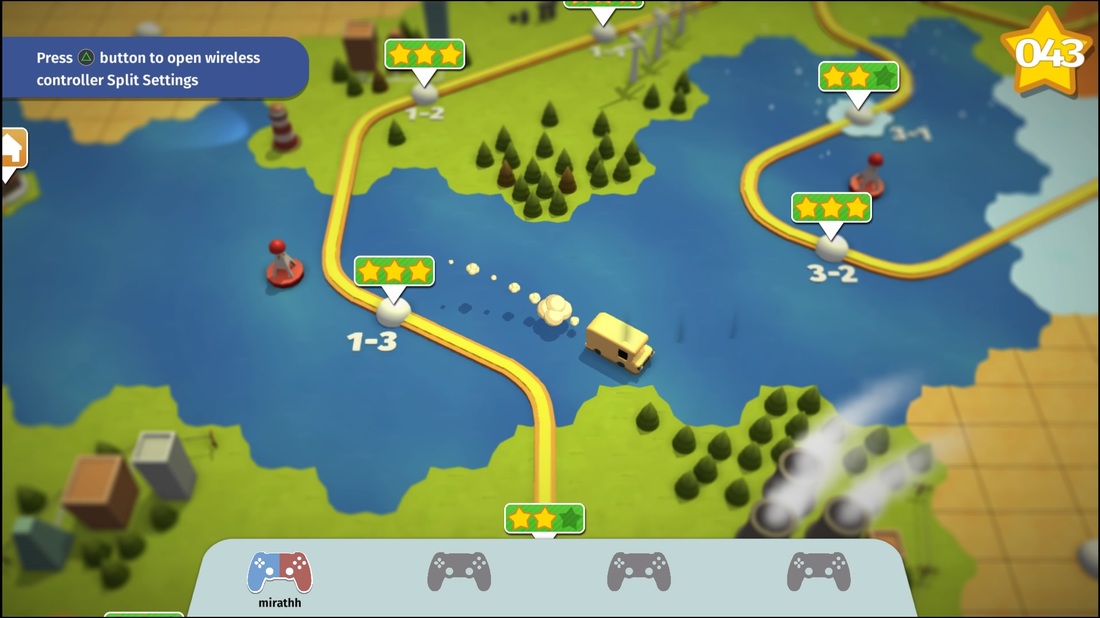