The video game I want to analyze here is NBA2K series produced by 2K. I have been playing the game starting from NBA 2K9 and the newest version currently is NBA2K14. The game is a sports game with many different modes. The most basic one is to control an NBA team fight against another one. I love the game because I love both playing basketball and watching NBA matches. I find it interesting and competitive especially playing with friends instead of combating with AI.

Youtube demo video: http://www.youtube.com/watch?v=K9rWnS34UAI (The demo is on PS4) n  The game is able to accurately capture the essence of what a player or a manager or a coach gets from playing a real-life basketball/NBA league. For example, you can play as a player starting from rookie year to win numerous awards.

n  The game allows people who are not good at playing basketball enjoy the fun of basketball.

n  The game allows experienced basketball players or NBA fans to gain the sense of achievement by building great teams and winning the championships in the league. 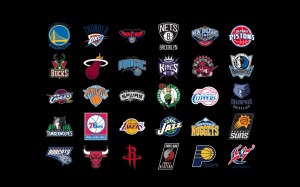 n  NBA 2K series are definitely full of fun. The games contain many different modes which fulfill different requirements and I love combating with my friends via the games. Figure. Play 1 on 1 with best friend

n  Among all the modes, I love the Jordan Challenges and Create a Legend in 2K 11 best. I can not only experience the highlights in Air Jordan’s career but also play as Jordan starting from his rookie year and finally become a legend by our own effort. n  Players like us have to improve our skills to achieve the goals we want. Figure. Control one player in one match Figure. Control the whole team in one match

n  NBA 2K series are definitely skill-based and fair games. Players with more skills and experiences are more competitive compared to those who seldom play the game. There are strong teams and weak teams, but your skill will finally decide which are indeed strong.

n  You can adjust the “fairness” by selecting suitable difficulty levels. There are several levels for players of different background. n  NBA 2K series are powerful “control” games. The game has training sessions that help players get familiar with and therefore master the controlling system. You can always complete complicated actions by using game controller or keyboard. n  It is also the “realest” basketball game. A few years ago, NBA Live series was another famous NBA basketball game. However, it eventually failed to compete with NBA 2K because of its controlling system was too poor. It was too easy to score and I cannot feel the power of my controlling skills.