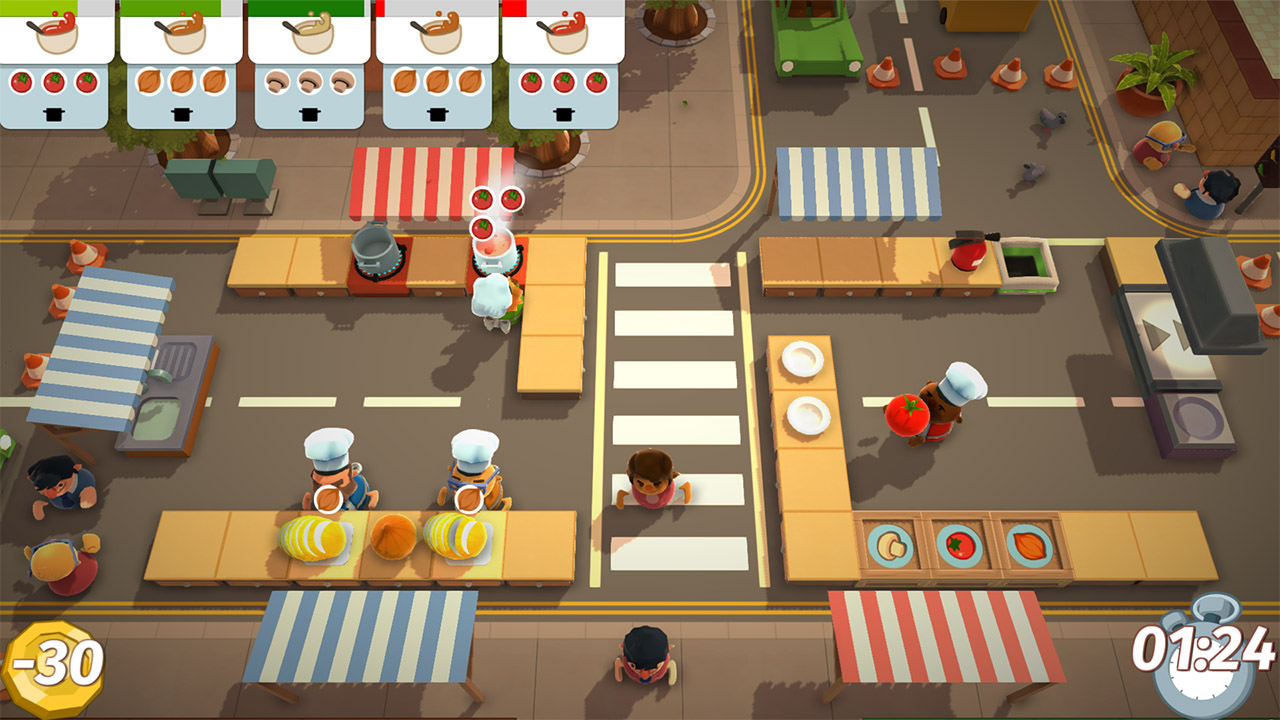 Overcooked! is a cooking simulation game developed by Ghost Town games. In either single-player or local cooperative or competitive mode, players control a number of chefs in various hazard-filled kitchen levels and aim to fulfil food orders as rapidly as possible.

The Lens of the Elemental Tetrad

Players must cooperate to complete recipes and earn points within a set amount of time in one of numerous kitchen levels. Players must pick up ingredients, put them down on chopping boards to chop them, then place them into cooking devices such as pots or ovens before serving them. Each level has its own set of obstacles that requires players to devise strategies to complete the orders as efficiently as possible. In competitive mode, players play against each other in side-by-side kitchen levels to earn the most points.

The game is rendered colourfully in stylized low-polygon 3D, with cute character designs and simple, responsive animations that make the hectic gameplay feel more immersive and exciting. The user interface is pared-down and usually absent, using only icons and graphics to instruct users on the steps needed to complete new recipes.

The story of the game is simplistic and has little bearing on game mechanics: the players are transported back in time by the Onion King to learn how to cooperate well as chefs in order to defeat a giant, apocalypse-causing spaghetti monster.

Overcooked was made in the Unity game engine and can support up to four controllers, and most interestingly, Shared Controller Mode where a single controller can be used for two players. 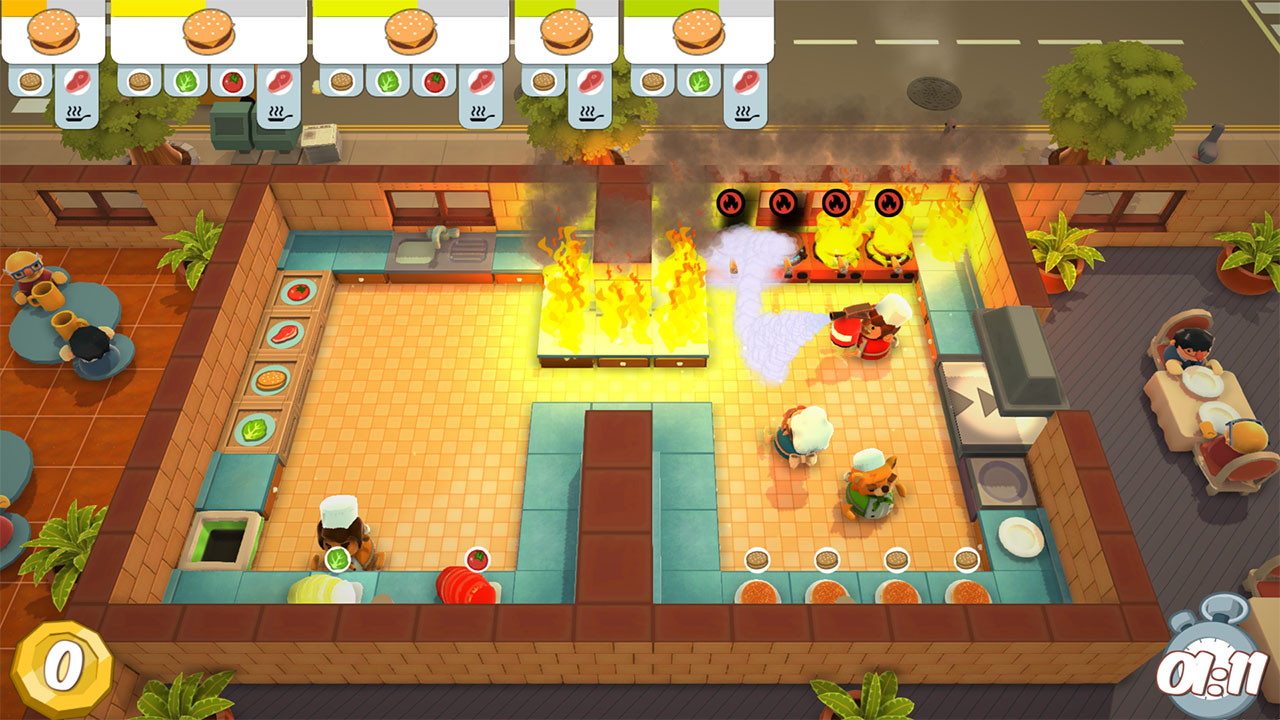 The Lens of Fun

The game’s fun factor largely stems from the chaotic cooperation between players, who in local co-op, are likely sitting near each other and can interact both in real life and within the game. Playing the game becomes a bonding and socializing experience with their friends.

The skill tested most in this game is in single-player mode, the ability to multi-task, and in co-operative mode, the ability to cooperate with their fellow player. The basic actions in the game such as assembling the recipes are all done with a single button push, but completing the recipes with the other players requires a modicum of skill in communicating effectively and collaboration. After replaying certain levels, players will devise strategies and become more skilled in navigating them.

The Lens of Challenge

Levels get more challenging as play goes on. Earlier levels only introduce one type of obstacle at a time, for example, rats which will steal ingredients or earthquakes that cause parts of the map to become inaccessible. Later levels ramp up difficulty by combining these obstacles, causing players to have to restrategize.

The Lens of Cooperation

As the game only allows local co-op, players must communicate by talking to each other and can do so at all times. All players have the same abilities, but in some levels, players may be split up and only have access to certain kitchen equipment, requiring them to co-operate by passing each other items on conveyor belts or opening doors by standing on a button.

The Lens of Parallelism

Completion of each level earns players 0 to 3 stars depending on their performance. The next level can only be unlocked if players have obtained 1 star for the previous one, but later levels require also an additional number of stars for players to proceed. This is a rather frustrating way to gate later levels from players who may just be bad at dealing with a certain map’s obstacles and are not keen on replaying earlier levels to obtain more stars.