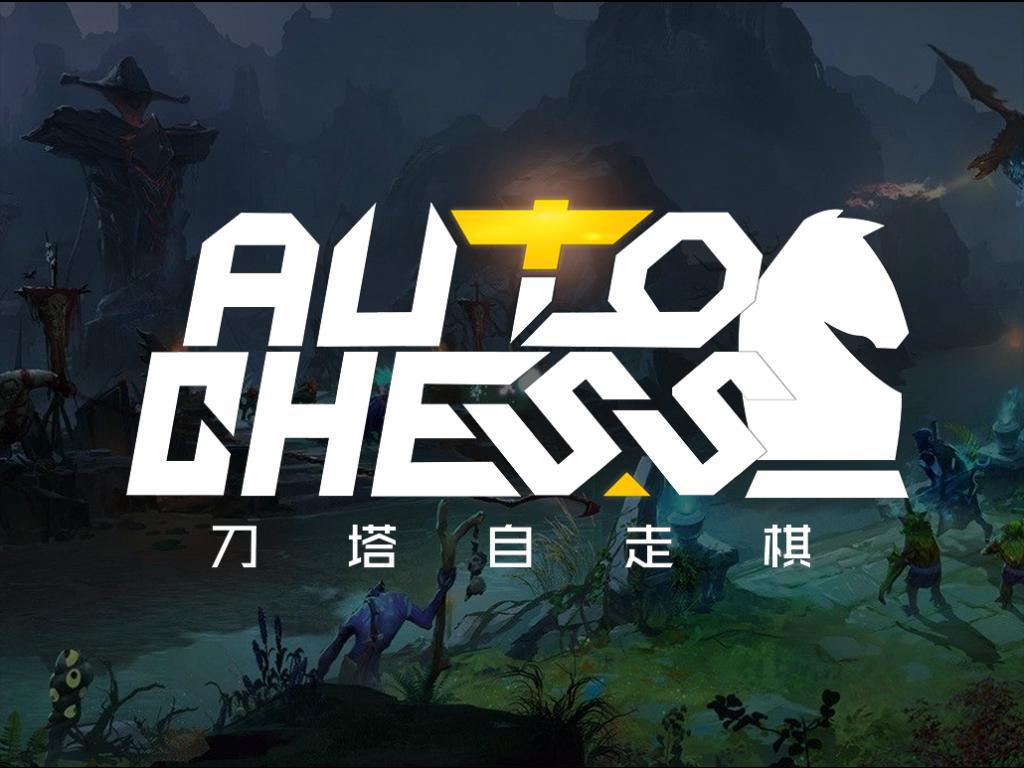 Gameplay revolves around drafting “pieces” from a pool of heroes against other players and pitting them against one another in a round robin format. There are 30-second rounds in between each “skirmish” that takes place in the game which determines a winner between each player or creep. Players then rack up gold after each round which then can be used to purchase more pieces, upgrade their “chess level” or just let accumulate. Chess level in the game determines how many pieces you can have on the board as well as potential to obtain even stronger pieces. Whoever wins the most rounds and has the most lives after all the skirmishes, wins the game. 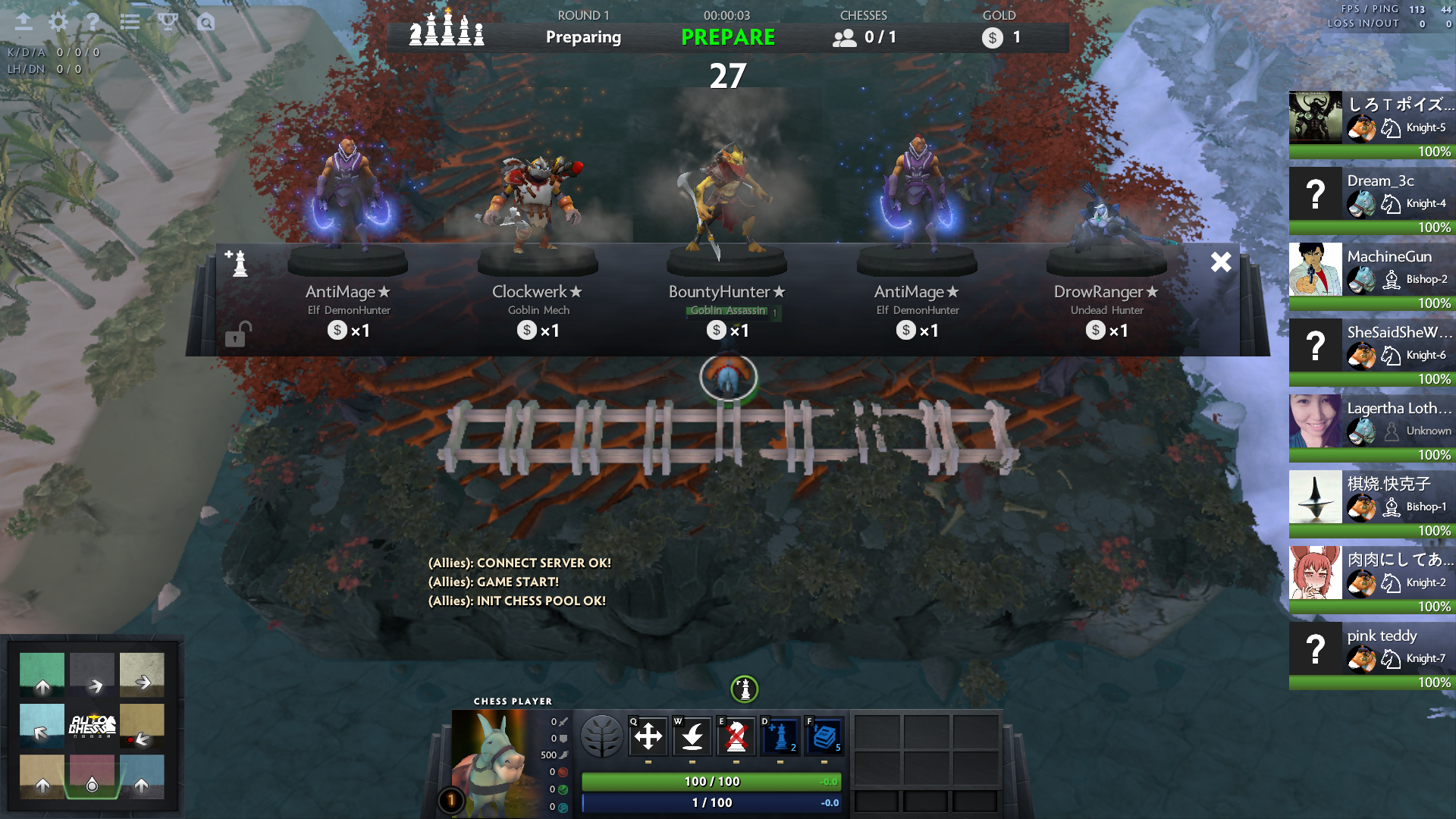 Life stories and abilities of different heroes are provided in Dota 2. All parameter settings in Auto Chess are based on those background information known by Dota players, which will greatly help Dota players to begin with. However, new players who are not familiar with Dota world line can still master this game very quickly. All players need to remember is that heroes are your chess pieces and they will battle automatically on the chessboard.

The map is designed to be simple and clear in order to keep users’ concentration and engagement. All hero pieces are characters in Dota 2,  so it inherits most of the aesthetic design of Dota 2 directly: a set of principles that help keep each hero immediately and uniquely identifiable from above during gameplay. More information can be found here:

The objective of this game is to be the last remaining player of eight. Each round, players will purchase pieces to place on the chessboard and will fight against creeps that generate on the battlefield. As player’s units die, they deduct player’s HP until this player is knocked out. Most importantly, Dota Auto Chess offers a ton of depth (race, class, check and balance, even luck) and strategy wildly differing from the mainline Dota 2 gameplay.

Since Auto Chess has to be launched in Dota 2, its technology requirements are the same as Dota 2:

Very few chess pieces are very powerful, usually come along with ability of area of effect (AOE) or Crowd Control. Besides, heroes can be upgraded by combine 3 identical pieces. Level up their star rating and in turn, make them more powerful. If a player gets these powerful pieces fortunately, the probability of win will increase a lot. 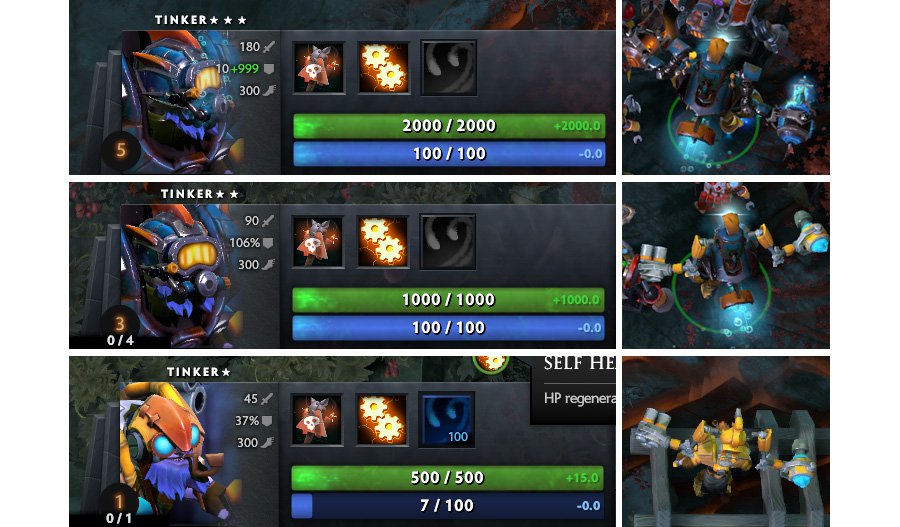 Upgrade heroes to make them stronger

A player can retain at most 10 heroes on the chessboard. Heroes who have the same species or classes will gain strong combos. Thus, how to combine existing pieces into combos and how to restrain lineups of others will play an important role to this game. 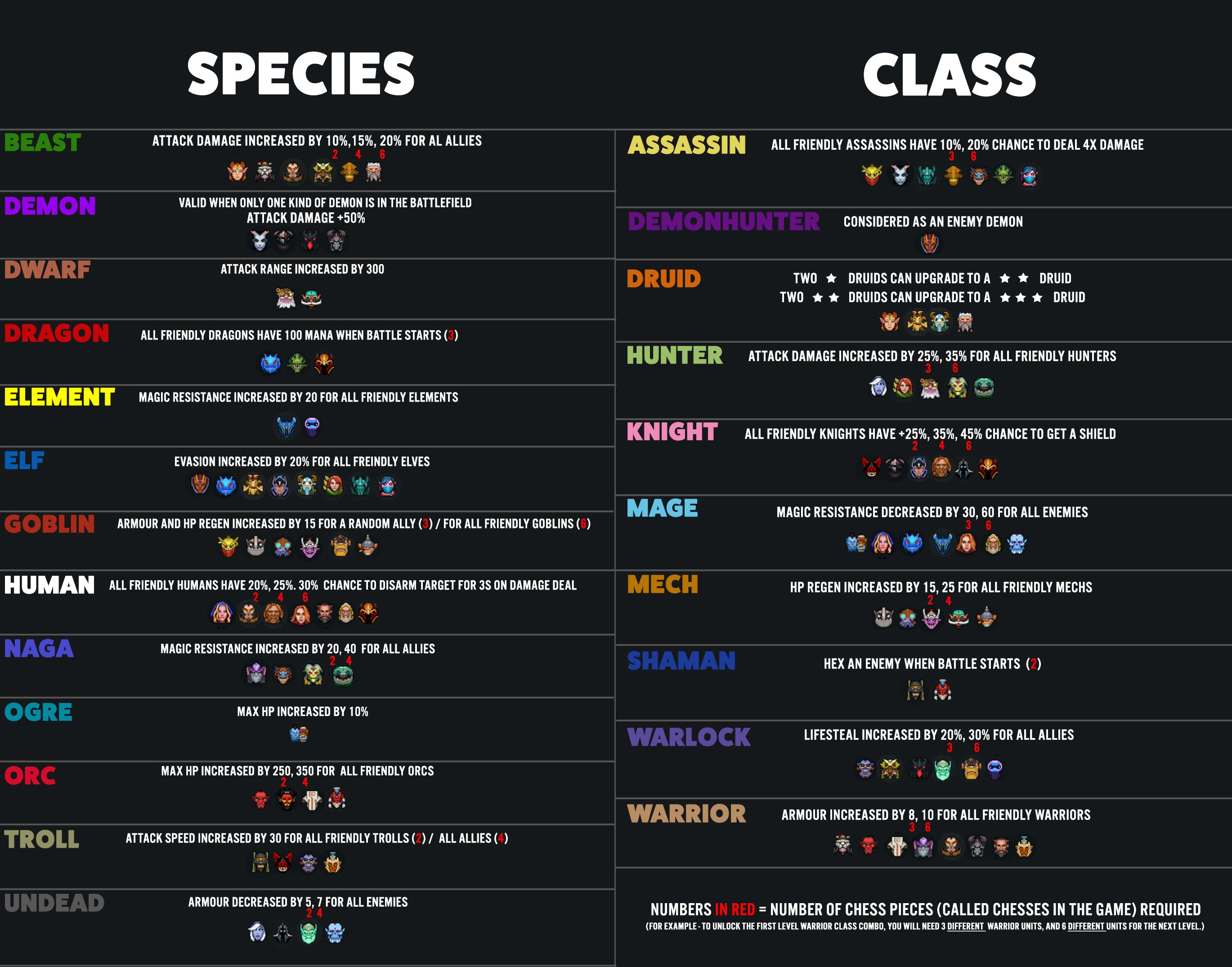 Gold is the only resource in this game, it can be used to buy heroes, refresh current draw, upgrade “chess level” to place more heroes, and simply accumulate to earn 10% of interest at the beginning of each round. Players will get bonus golds if they achieve a winning streak, and get compensated for losing streak with bonus golds as well. This mechanism will guarantee the balance between players.

Interestingly, some players found that it is much easier to keep losing instead of keep winning to get bonus golds. So they choose to lose several games on purpose at the beginning, then save money until they have enough economic advantages to buy strong chess pieces all at once. The strategy of “turn the table” is one of the reasons that attracts so many people.

Players can choose any hero type and place it onto chessboard, and adjust the lineup on 8×8 chessboard as he likes. Freedom guarantees creativity. There are still many players all over the world thinking of new strategies and new combo combinations among different species and classes. As more and more versions are updated, new heroes and new combos will show up, which guarantees that the possibilities of battle arrays will never come to an end, and there could never be a “best strategy” for this game. 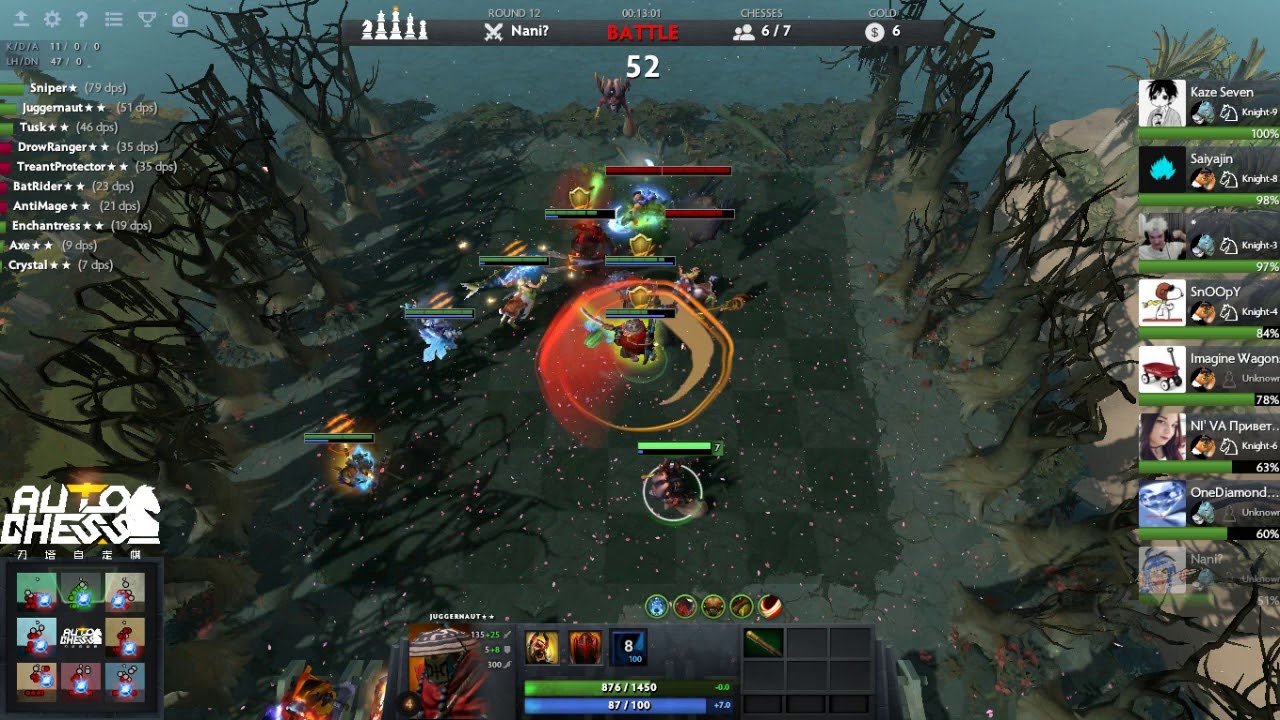