Legend of Sword and Fairy 6 is the eighth work among Legend and Sword and Fairy Series, and is also the 20th anniversary of the Fairy Sword. It tells the story of a secret history discovered by characters’ adventure when they looking for something lost. It is a role-playing adventure game with fighting system and plot. Each character has its own feature and secret, that encourages players to explore more. 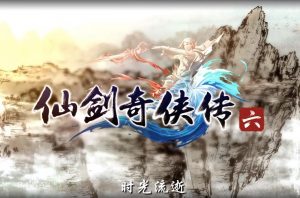 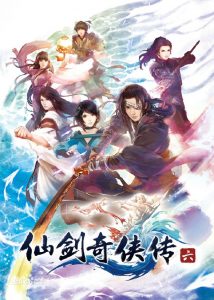 The story is based on Chinese ancient legend. When the Shennong God was born, the world was accompanied by Jiuquan. Jiuquan’s various abilities are the source of the world. In the ancient time, there was a war among three races: Human, God and Orc, ended up with Beast losing. Chiyou introduced the orc into the devil world, and the three realms were separated. After the war, Shennong and Jiuquan disappeared. As time passed, the legend of Jiuquan was gradually forgotten. Two main characters, in order to find something lost, came to the ancient city of the Western Regions. The secret will be revealed again during this adventure. 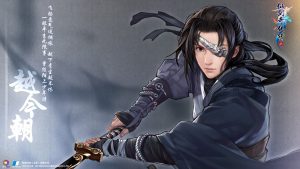 The scenes are vast and the players can enjoy all kinds of customs in the game, such as the mysterious flying city, the border scenery of the exotic people and the sunset scene of the west wind, or the fantasy field of deep sea and the sky. In addition, the production team added a whether system that can change day and night to the scene. In the game, scenes and characters will change over time. When the character stays at a certain place, it will obviously feel the sun’s rise and fall, and the time will slowly pass. The clouds in the sky have passed and changed, and the whole world in the game has become more real. In addition to day and night changes, there are also more weather performances: rain, lightning, sand, leaves, mist and so on.

The dubbing team is professional and top-level. Players will hear the most popular star of the domestic dubbing.

Legend of Sword and Fairy 6 is published on the steam platform. It utilizes the stereoscopic 3D effects to heighten immersion in its world. It also interspersed with 2D animation and 3D CG. 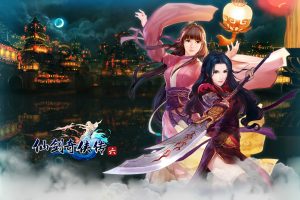 This game is beyond life, because the story and background in it as well as the skills of the characters, are not realistic, therefore normal people cannot experience. It provides players a different experience that allow players to immerse with the adventure, feeling themselves experience all those things. It is like a movie, or a book, in all is an new experience for players.

This game has a variety of small games and mission events throughout the game world, such as new puzzles and institutions that require the skills unique to each protagonist to match the map. After help them and finish small task successfully, there will be unexpected surprises. As this in-game exploration is more free than the previous generations, players will find more hidden characters and events in the game, and may encounter various hidden “picking items” 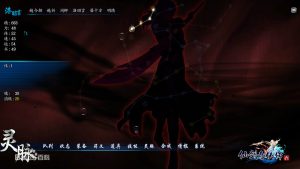 In this game, there is a system called Spirit System, through which the player can choose different training directions for the character, so that it has more powerful ability and the character characteristics are more vivid. Each character has its own unique three souls. The growth attributes of the three souls are different. The value of each node is different. The player will be able to select different soul nodes to light up according to the prompts. There are some properties to be activated hidden in each soul. When enough nodes are activated, the hidden property nodes will be automatically opened, bringing more different training directions. Players will stay curious about what characteristics they finally make for the character.

Each of the six protagonists has a unique “scene skill.” There are a lot of well-conceived organs in the game that players need to make good use of the six-player scene skills to pass. Yue JinZhao has used the “Flying Sword”, which can let him leap some obstacles or reach some places that can’t be reached. Yue Qi has the ability to “move things by mind” which can move the controllable items to anywhere you need. By analogy, other people’s scene skills are also so convenient and interesting. Players should try to use these skills to solve the problems. If Players cannot think of the solution to pass the current stage, they can try changing character.