The very essence of the game involves hack and slashing hundreds of enemies at once, making it juicy and fun to play for those who like hack and slash game. At times it might be monotonous as you just need to slash those hordes of enemies again and again, but the improvement of the story telling and graphic element compared to the previous installment add variation and fuel my curiosity to keep me wanting to play it more and more.

Secondly, the number of playable characters are enormous, featuring more than 70 different characters to play, each with different specialised weapons, abilities and attack patterns. It takes time to master all those characters with their ability. This results in the huge – but not too long – amount of time spend on the game to fully utilise its features, which to me, adds the fun elements. It’s a long game with vast amount of abilities to master, each with fresh different characters, coupled with good story and juicy hack and slash element, blend together to make this a thrilling and fun experience. 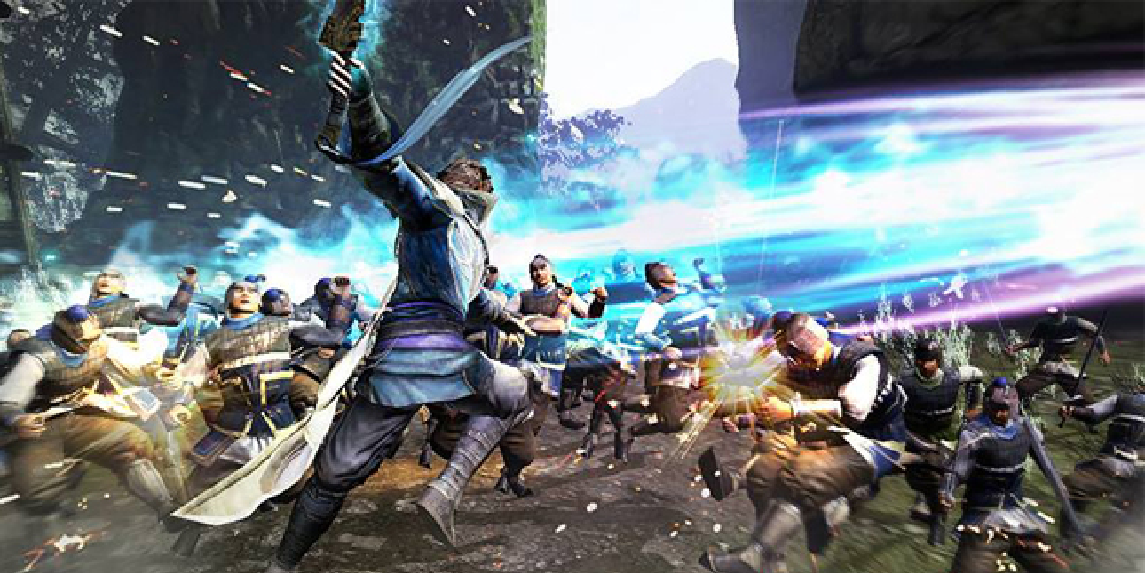 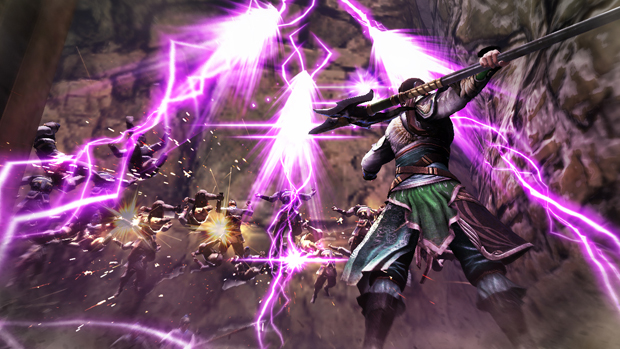 What i think that this game will be very similar to the previous installment series of dynasty warrior has been proven wrong. From the absence of minor things such as unintentional “bug”, whereby things like the enemy can be attacked behind a gate and the item from the enemy dropped in an unreachable place, which present in previous series, to big features such as being able to ride tiger and elephant, immediately surprised me. There are other things that i do not expect to present in such a “simple” hack and slash game, like the presence of weapon affinity whereby if used against enemy with different affinity who are weak to you, you will be able to launch a furious attack and vice versa, thus adding more strategy element to the game. From all these features and improvement, i can say, at least in my opinion, that they put in a lot of effort to improve the gameplay experience, something that i must show respect to. 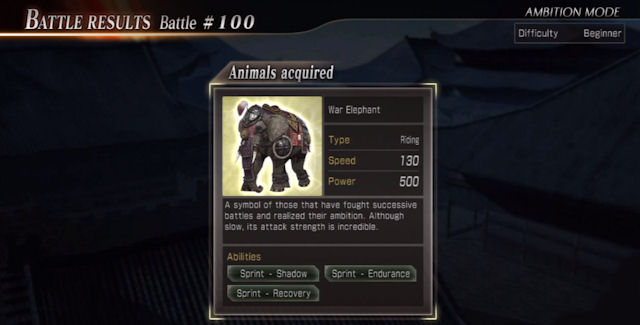 At later stage, or high end game, however, when the players have access to all the weapon upgrades and element enhancements and skills, the game might be too easy for those who seek challenges, even on the highest difficulty, although in my opinion it would feel just right for those “casual” players. In my opinion i feel that pushing the limit or boundary a little bit more for those who like challenges would be a good addition to the game.

The game itself tells the story of the very famous historical event Romance of the Three Kingdom in chinese history. While i think most of the players that like this series more likely to put emphasis on the gameplay rather than the story, the story itself is presented in a way that undeniably adds interesting element and a good plot to the game. How the story is foretold in the game also affects the different gameplay mechanics such as the strategies and plans that are to be used in the certain battle, with the key figures, such as zhuge liang or cao cao, devising them.

The story inarguably affects the gameplay, as the game itself would cripple in the absence of the story, simply degrading them to a complete mindless hack and slash game. With the story, careful strategy and planning elements are added to game, which makes the game less monotonous and mindless. Some balancing of the game needs to be done though, with respect to the story. For example, one scenario requires the player to lure the enemies to the ambush point to be defeated, however, it is completely possible for the players to just go, create havoc, and kill all of the enemies by themselves without the need to lure them. A more realistic situation would be a welcome improvement in this area.

Also, the storyline is not so linear and straightforward. Those who are already very familiar with the story and chinese history can still immerse themselves in the world of curiosity with the addition of hypothetical history route. The players own choices and decisions could very well affect the course of the history itself, which in my opinion is a really nice elements to be added in the game. 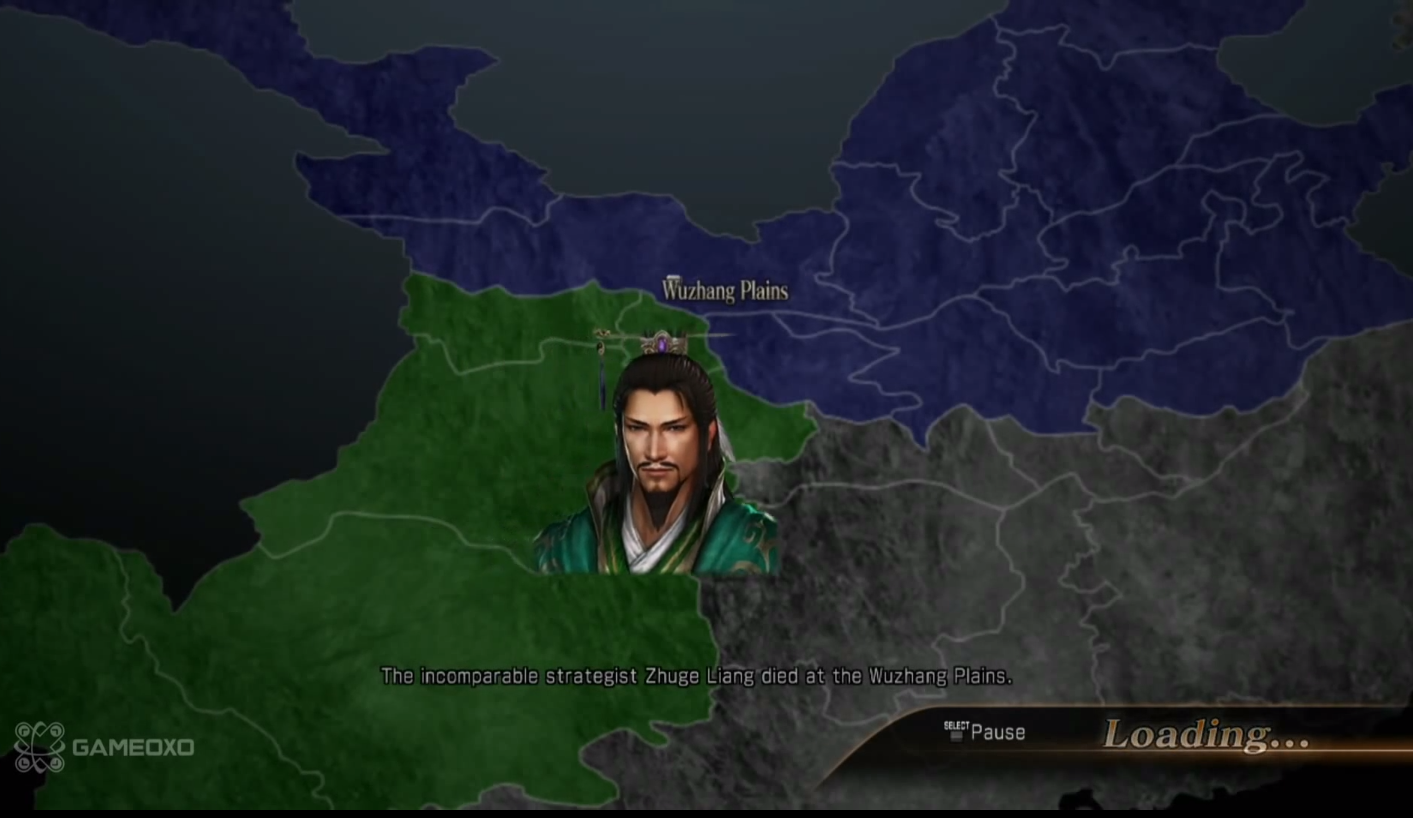 Last, but not least, what always excites and amuse me in the world of game is the freedom that the game offers to the players, and dynasty warrior 8 in my opinion has done a decent job to provide this element to the players. While there exists some restriction within the game, those restrictions are good-to-have restrictions that control the balance of the game and there are always some degree of freedom within that restriction. For instance, while some of the area in a battle cannot be explored before some plans is executed, the players can explore and move freely to other accessible area. The players can even choose to abandon the plans that are already devised, although it will result in a more difficult battle. Another example would be the elements that can be added to the weapon. they are limited to 6 elements, but the players are free to choose any combination of elements to customise their weapon according to their preference. I sometimes feel restricted in the past series of the game when the only thing that the players can do in the game is to choose a battle to play and play it, but this game delivers an improvement in that area, whereby the players can build their own city, upgrading the buildings to give enhancement, such as stronger weapons, mounts, and experience to level up.

All these elements combined together, i could say that dynasty warrior 8 is a pretty decent game to play for those who like hack and slash game and i totally respect the effort they put in producing this game despite some of its minor flaws.