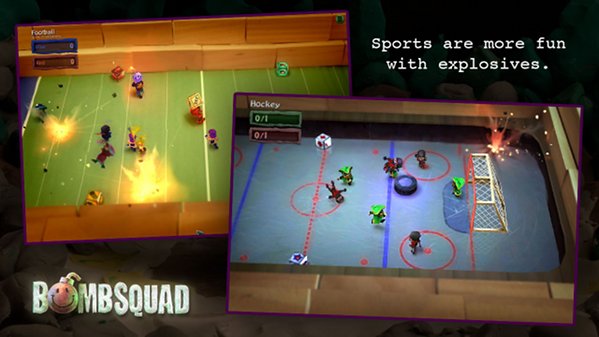 The game is a First-Person Shooter (FPS), online multiplayer. The game is about warfare on a battlefield, be it an urban environment or in rural areas. A player can play as infantry, use a tank, a fighter jet and a variety of other military vehicles and aircrafts. One match may consist of up to 64 online players and is divided into 2 teams. There are many game modes but the most common are “Conquest”, “Rush” and “Obliteration”.

Attacking team starts with a number of tickets. Their objective is to blow up designated M-COMs before they run out of tickets. The defending team’s objectives is to drain their tickets before all points are blown up.

Each team starts with its own set of 3 M-COMs to defend. The objective is to find a bomb that can be carried by either one of the teams and use it to blow up their enemy’s 3 M-COMs.

*M-COMs are just some object that needs to be blown up.

The experience that the game tries to give is the feeling of what it is like to be in a firefight in different locations, but of course without the actual harm. It does this with such effectiveness using superb animation quality as well as sound effects. A few examples are as follows:

However, some of the implementations such as sun glare can be overwhelming at times, hampering the gameplay. Some would love to use it to their tactical advantage whereas some people just hate it because they can’t see anything. They have their reasons to like it or not but it is difficult to decide if it is a justified reason when there is so much differing opinions from a large group of players.

There are many environmental objects in the game that can be changed. Be it a building, a wall or water level, their states can change over the course of the game. All these are known by all players when they are in the vicinity. Other player states such as knowing the positions of enemy players on the map also have an impact on the game. This makes it such that usually not 1 game is the same as another.

For example, if a building has been totally destroyed, you won’t be able to take cover in it anymore. If a forest area has totally been deforested, it wouldn’t be wise to advance your position along the route by land as there is no more cover, forcing you to either go by another route or go by air. Knowing the positions of all enemy players also extremely useful in choosing the best attack route.

As with most FPS games, Battlefield 4 involves a lot of physical skill, that is the hand eye coordination required for aiming accurately at an enemy. Also you would need some skill in controlling the recoil of the gun you are using in the game. Players also get to drive tanks, attack boats, fly helicopters and fighter jets and each have its own different skill set. The game requires a team with different combination of skillsets.

There is quite a bit of mental skill required as well. By observing your environment and the situation, the player will have to decide whether to engage the enemy head on, hide and let the enemy pass you by so you’d sneak in instead or fall back and wait for reinforcements to come. The game’s final objectives makes such decision choices possible.

Social skills are definitely required as well. Team coordination is a definite must in this game as it plays a huge factor in winning the game. But besides that, you can always make use of strategies that involve fooling the enemy team by setting up a decoy. Also given the current environmental situation, one can guess where the enemy would most likely attack from.

The skills can definitely be improved over time with experience and practice are definitely rewarding to the player. However, there can be quite a large skill gap among players and can be quite frustrating at times.

As mentioned before, Battlefield 4 is a team based game. In the game, a player will be part of a squad of up to 5 players which in turn is part of the team of 32 players. The game allows a player to choose among 4 classes: Assault, Engineer, Support and Recon. Each class has a specific role in the game and a good combination of these classes and their coordination will make it a strong squad. For example, when any member runs out of ammo, a Support class player can provide ammo for the squad. If the squad faces an enemy chopper, they would have to rely on the Engineer class players to help take it out. If a fellow squad member has fallen, only the Assault class player can revive him. There are so many other things that make playing solo very difficult in the game. This is what makes cooperation very important in this game.

Battlefield 4 basically mimics real world environment and when set at its extreme graphics quality, it is absolutely beautiful as an art piece. The way the maps are designed, the object textures, how real the water moves and looks like, how impressive the explosions look all contribute to the aesthetic beauty of the game. However of course, with such attention to detail, it requires an extremely capable computer which some might deem too expensive to upgrade to or they may be forced to play at low graphics settings.