The purpose of this first assignment is to learn how to have a proper observation of an existing game and deduct things we have learned from this process. The observation will be done twice by me and my friend so that we then can have a comparison from two different points of view. For this exercise, my chosen game is ‘The Elder Scrolls V: Skyrim’, an action role-playing video game developed by Bethesda Game Studios and published by Bethesda Softworks. The game trailer can be found here.

What makes Skyrim special is its gigantic open-world, hundred of quests and activities and large community of modding. Hence, for each player, they can have different approaches to this game such as following the great and epic story of the game, continuously installing different mods to enhance the graphic and gameplay of the game or just wandering around to explore the world of Skyrim. This is also the important factor for me to use Skyrim for observation as it will be common to have different play styles among players, which will make comparison be more effective. 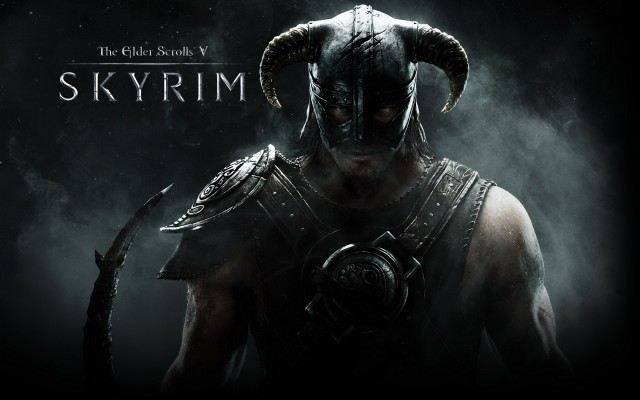 Lens of essential experience: The reason that I was first attracted to Skyrim was due to its enormous resources of mods, which allows us to configure and modify the game freely and extensively in various aspects like graphic, textures or gameplay. Hence, the vital element in my experience is the endless process of testing and selecting mods. I can never get bored of trying new mods as the game is continuously changing after each newly installed mod.

Lens of elemental tetrad: the main elements were mechanics and aesthetics of the game since it was possible to completely modify these elements to suit to my preferences. For example, I can change completely all of the textures in the game such as mountains, water, armor, weapons, characters or NPCs. Moreover, I can enhance the graphics by adding different visual effects such as bloom, ambient occlusion or dynamic depth of field. With these graphical mods, the world of Skyrim is redone completely and its graphic performance can definitely compete with every latest graphic-killer games. On the other hand, the gameplay of Skyrim can also be overhauled thoroughly like adding various new bosses and enemies, providing plenty of new quests or improving the realistic experience in world of Skyrim. A complete overhaul in graphics of Skyrim

Lens of fun: by installing mods, it increases the enjoyment and quality of the game. Each mod will have various impacts on the look and feel of the game, which helps players enjoy the game much more than before.

Lens of curiosity: the large variety of mods in Skyrim keeps me being curious and interested in exploring many more mods. After each enhancement, I would have the desire to find more mods to improve the game more.

Lens of control: in Skyrim, you can replace and modify anything in the game with mods. The control of the game is totally in the hand of players and they are free to configure whatever to their needs. 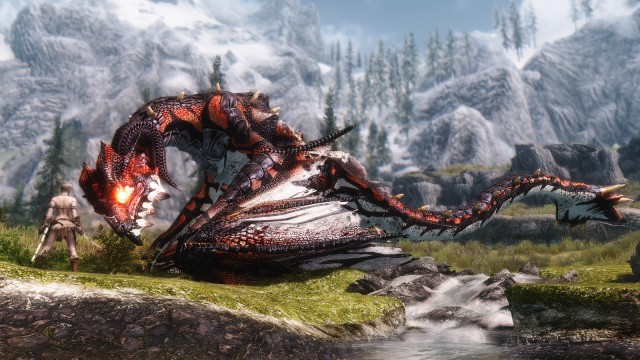 A complete overhaul in gameplay of Skyrim

Lens of projection: by using mods, players can customize their character to their preferences. This helps players feel that they are really immersed in the game and one of the many citizens in the open-world of Skyrim.

Lens of challenge: there are plenty of mods which can increase the difficulty significantly which can make the game much more challenging. By having these mods, players can have boss fights which can last several hours.

Lens of essential experience: On the contrary with my hobby of modding, my friend was totally immersed in the story of Skyrim and its legendary era. He spent most of his time conquering the large amount of diverse quests and the humongous and episodic history of Tamriel continent – the world in the whole series of The Elder Scrolls. Instead of customizing the game, he tried to focus on enjoying what the game provides originally.

Lens of elemental tetrad: the main elements were mechanics, story and aesthetics of the game since these are the important factors contributing to the large diversity in gameplay and quests. 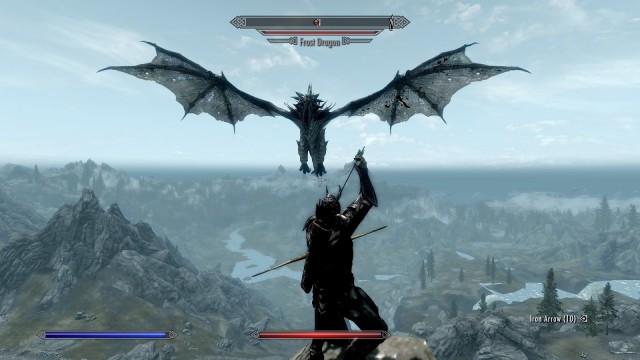 Lens of suprise: Each quest can bring surprises to the player from its consequences. These hundred of quests will allow players to understand more about this era and discover the open-world of the game.

Lens of projection: Every choice that player makes in the quests will affect many following events and even reshape the whole world. This makes the players feel that they are really living in the world of Skyrim. 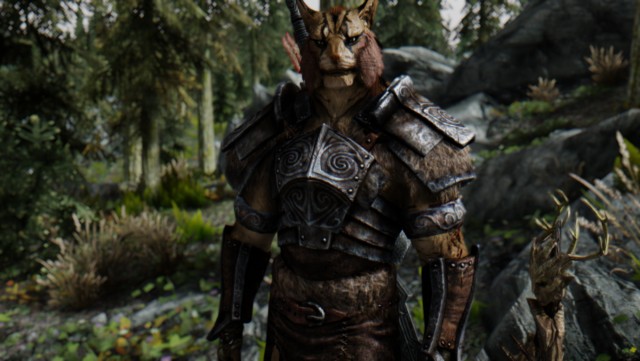 Every choice player makes might lead to different consequences

Lens of rules: the big system of skills and upgrades in the game can keep players playing for hours to test their skill builds and find the most suitable one with their preferences.

Lens of challenge/ Lens of skill: the strength of the monsters and bosses would always adapt to the player’s current level and skills so the difficulty in the game will always be challenging and requires the player’s technique to be stable continuously.

After analyzing from two points of view, we can draw these conclusions: